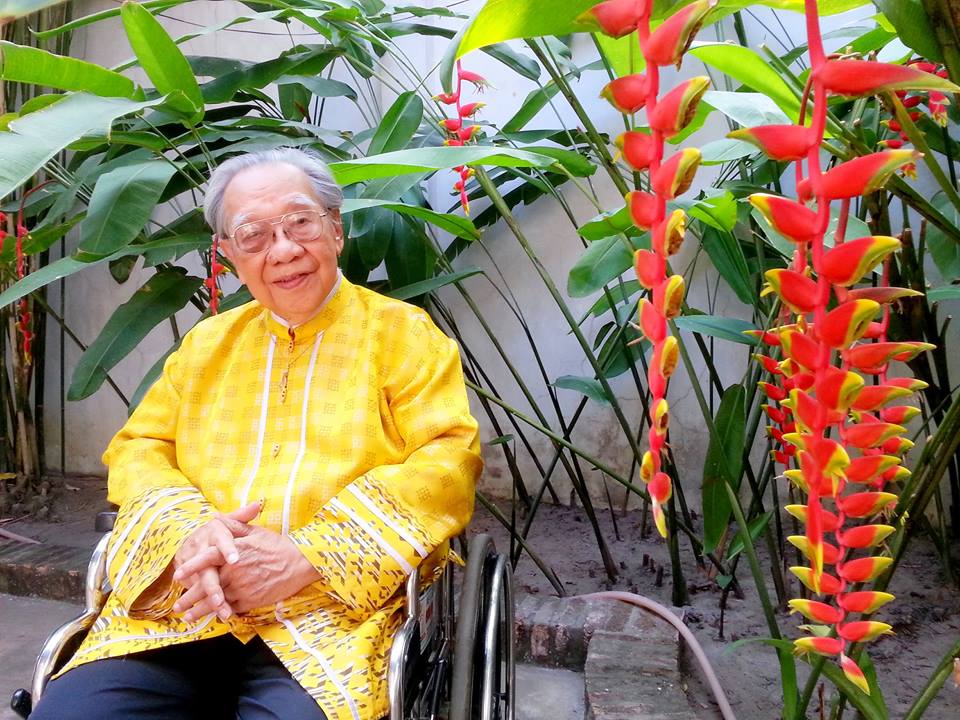 Worship of the Mother Goddesses is the oldest religion in Vietnam, pre-dating even the Chinese occupation of Vietnam. Worship of Mother Goddesses, once dismissed as superstition, has recently grown in popularity and is now accepted and widely practised in Vietnam and in Vietnamese communities overseas. What does it all mean?

Mother Goddesses are considered to control everything that happens on earth and their worship addresses concerns of daily life and desires for good health and fortune. The Goddesses protect and support and bring good luck and strength to overcome misfortune. They are generally asked for help with issues considered to be connected with femininity — fertility, marriage or female sickness.

In most temples and other places of worship, in the north of Vietnam at least, a trinity of Goddesses are represented: the Goddesses of Heaven (white), Water (red) and Mountains and Forests (green). However, in many texts four Mother Goddesses will be represented, including the Goddess of Earth (yellow). The colours for Water and Heaven are often the other way around as well.

The Goddesses incarnate on earth to perform good deeds or miracles, in a different guise each time to avoid recognition. Strong followers will know of all the incarnations of the different Mother Goddesses and believe that they co-exist in spirit.

If a follower needs to call for help from the Mother Goddesses — particularly if their goals in life are not being met — they will sometimes visit a spirit medium. The problems will be explained to the medium, and they will know which incarnation, or incarnations, to call upon. The medium and entourage will be paid and a ceremony arranged at a temple –– more likely a small temple such as the one on Yen Phu Street, rather than somewhere like Phu Tay Ho — for everyone involved.

An orchestra will play and over the course of up to 12 hours the medium will call on different incarnations. He or she will reach a trance, connect with the incarnation, and be imbued with its spirit. The medium’s assistants will cover him or her with a cloth and they will put on the clothes, and take the accoutrements, associated with that incarnation before being revealed to the crowd. Those seeking help with then have direct face-time with the God or Goddess and can pray and make offerings. Effigies of items they know the incarnation will appreciate will be burnt as an IOU and, at the end of the ceremony, life size effigies of the incarnations will be burnt on a large bonfire.

If you happen to pass a temple while this ceremony is going on, go in — it’s considered good luck for a foreigner to join, but you must accept any money or other gifts that they give you.

Not everyone will arrange a ceremony — most will go to a temple. One Mother Goddess usually dominates at each temple, pagoda or palace. For example, at Phu Linh Tay Ho Pagoda, the Goddess of mountains and forests is featured.

Sometimes effigies of the Mother Goddesses can be seen on the altar, surrounded by their male Chinese servants, but on other altars you will just see empty chairs, ready for the Goddesses to occupy when they’re on earth.

Underneath altars you will see a cave of animals. The cave reflects the animist set of beliefs in place at the time Mother Goddess worship began. Many animals will be represented but tigers and deers usually dominate – the tigers were the kings of the jungle and the deer their main prey.

At Mother Goddess temples you will see worshippers preparing trays of food and other consumables. They put a stick of incense on the tray, place it on the altar and light the incense. The smoke connects with the Mother Goddesses and their strength flows into the produce. Once the incense has burnt down the food is then carefully wrapped — it is really important not to touch it — and then taken home to be given to the suffering relative.

Many of the places of worship around Hanoi were erected in tribute to an incarnation of the Mother Goddesses, including Tay Ho Palace, Tran Quoc Pagoda and One Pillar Pagoda.
Story by Sarah Turner 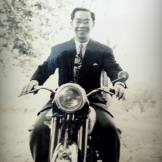 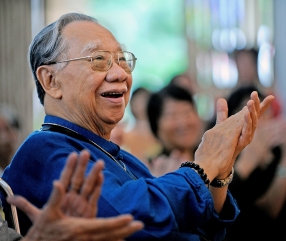 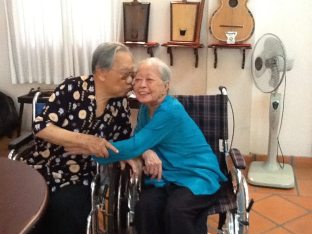